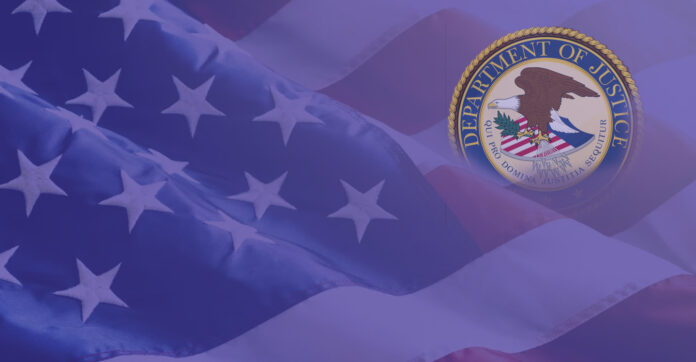 The United States has seized 92 domain names that were unlawfully used by Iran’s Islamic Revolutionary Guard Corps (IRGC) to engage in a global disinformation campaign, announced the Department of Justice.

According to the seizure documents, four of the domains purported to be genuine news outlets but were actually controlled by the IRGC and targeted the United States for the spread of Iranian propaganda to influence United States domestic and foreign policy in violation of the Foreign Agents Registration Act (FARA), and the remainder spread Iranian propaganda to other parts of the world.  In addition, the seizure documents describe how all 92 domains were being used in violation of U.S. sanctions targeting both the Government of Iran and the IRGC.

“We will continue to use all of our tools to stop the Iranian Government from misusing U.S. companies and social media to spread propaganda covertly, to attempt to influence the American public secretly, and to sow discord,” said Assistant Attorney General for National Security John C. Demers.  “Fake news organizations have become a new outlet for disinformation spread by authoritarian countries as they continue to try to undermine our democracy.  Today’s actions show that we can use a variety of laws to vindicate the value of transparency.”

“Today we are 92 domains closer to shutting down Iran’s worldwide disinformation campaign,” said U.S. Attorney David L. Anderson for the Northern District of California.  “This important work will continue.  Iran cannot be allowed to hide behind fake news sites.  If Iran wants to be heard using U.S. facilities, it must reveal its true colors.”

“Today, we successfully seized 92 domains involved in a disinformation campaign conducted by Iran-based actors to promote pro-Iranian propaganda.  This investigation, initiated by intelligence we received from Google, was a collaborative effort between the FBI and social media companies Google, Facebook, and Twitter,” said FBI Special Agent in Charge Bennett. “This case is a perfect example of why the FBI San Francisco Division prioritizes maintaining an ongoing relationship with a variety of social media and technology companies.  These relationships enable a quick exchange of information to better protect against threats to the nation’s security and our democratic processes. The FBI also urges the public to remain vigilant about the information they find and share on social media. Every citizen must do their part to use a critical eye and look for trusted sources of information. We all have a role to play in protecting the American democratic system from foreign adversaries.”

Pursuant to the International Emergency Economic Powers Act (IEEPA), unauthorized exports of goods, technology or services to Iran, directly or indirectly from the United States or by a United States person are prohibited. Pursuant to the IEEPA, the Secretary of the Treasury promulgated the Iranian Transactions and Sanctions Regulations (ITSR) that prohibit the provision of services to the Government of Iran without a license.  The Department of Treasury may issue a license through its Office of Foreign Assets Control (OFAC).  Further, the United States has found that the IRGC has provided material support to a number of terrorist groups, including Hizballah, Hamas, and the Taliban and, on April 15, 2019, the IRGC was designated as a Foreign Terrorist Organization by the United States Government.

In this case, the United States seized 92 domain names on Oct. 7, 2020, pursuant to a seizure warrant.  The seizure documents describe how the 92 seized domain names were being operated in violation of federal law.

Four of the domain names, “newsstand7.com,” “usjournal.net,” “usjournal.us,” and “twtoday.net,” were seized pursuant to FARA.  FARA establishes a registration, reporting, and disclosure regime for agents of foreign principals (which includes foreign non-government individuals and entities) so that the U.S. government and the people of the United States are informed of the source of information and the identity of persons attempting to influence U.S. public opinion, policy, and law.  FARA requires, among other things, that persons subject to its requirements submit periodic registration statements containing truthful information about their activities and the income earned from them.  Disclosure of the required information allows the federal government and the American people to evaluate the statements and activities of such persons in light of their function as foreign agents.  Here, the four domains purported to be independent news outlets, but were actually operated by or on behalf of the IRGC to target the United States with pro-Iranian propaganda in an attempt to influence the American people to change United States foreign and domestic policy toward Iran and the Middle East.  These domains targeted a United States audience without proper registration pursuant to FARA and without notifying the American public with a conspicuous notice that the content of the domains was being published on behalf of the IRGC and the Government of Iran.

In addition, the remaining 88 domains targeted audiences in Western Europe, the Middle East, and South East Asia and masqueraded as genuine news outlets while actually being operated by the IRGC to spread pro-Iranian disinformation around the globe to the benefit of the Government of Iran.  The Government of Iran and the IRGC utilized website and domain services in the United States without a license from OFAC.  All 92 domains are owned and operated by United States companies.  Neither the IRGC nor the Government of Iran obtained a license from the Office of Foreign Assets Control prior to utilizing the domain names.  A list of the 92 seized domain names is available here.

Visitors to the sites received the following message:

THIS SITE HAS BEEN SEIZED

This seizure was investigated by the Federal Bureau of Investigation.

The Special Prosecutions Section and Asset Forfeiture Unit of the U.S. Attorney’s Office for the Northern District of California, and the Counterintelligence and Export Control Section of the Department of Justice’s National Security Division, are prosecuting the seizure.

Lawmakers urge Biden to deny Raisi entry into US