Women rising up after decades of Iran regime’s oppression. They need the world’s support 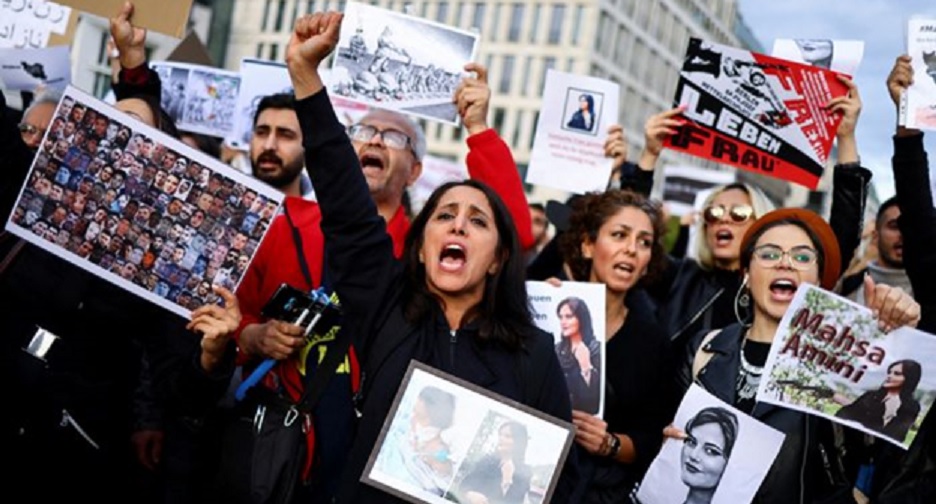 A few weeks after it began, the scale and intensity of Iran’s uprising are tangibly diminishing an already weak regime in Tehran. Women, who for more than four decades bore the brunt of the mullahs’ inequities and misogyny, are braving bullets and demanding a similarly unprecedented response from Western powers. Choosing the path of least resistance, the free world has typically been ambivalent.

But courageous actions of women, brutal murders of the innocent and the persistence of Iranian resistance promise to change that calculus. In mid-September, as embers of anger smoldered below the ashes of oppression in Iran, a group of hard-working Texans who are members of the Iranian-American community, spent a week in New York to protest against the expected appearance of Iranian President Ebrahim Raisi at the United Nations. This predator actually did address the U.N. — only to badmouth democratic values and make a mockery of the rule of law.

Thousands of miles away that week, agents of the mullahs’ regime in Iran bludgeoned to death an innocent young woman named Mahsa Amini, who was arrested for improperly wearing a headscarf. That ignited the protests, which grew with each passing day — as did our disgust at the powers inside and outside the U.N. headquarters who catered to the murderer among them.

Just days earlier, 52 members of Congress had written a bipartisan letter to the Biden administration, trying to prevent Raisi from entering the U.S. Seven of them are Texans, including Rep. Ronny Jackson, a Republican whose district includes part of Wise County. “Given Ebrahim Raisi’s record of supporting terrorism and violating human rights, he should not be afforded the privilege to step onto American soil,” the lawmakers wrote. “We cannot turn a blind eye to perpetrators of gross violations of internationally recognized human rights and cruel regimes that endanger both their people and Americans.

” The protests, which demand regime change in Iran, broke out near Amini’s hometown of Saqqez immediately after her death. Today, demonstrations continue in more than 170 cities in all 31 provinces of Iran. The regime’s attempt to depict the unrest as misplaced outrage or foreign “infiltration” has not tamed the uprising. Nor has the killing of at least 400 protesters and arrests of more than 20,000 people, according to an Iranian women’s group.

The fact that these protests have persisted speaks to the people’s motivation for change.

This time around, the main focus is the end of the regime itself, as demonstrated by the slogan “Death to the dictator!” Sensing this, the regime used force. To us Iranian Americans, it is obvious that this confrontation is mutually existential. Moved by short-sighted economic aims, the international community has typically chosen to equivocate or ignore previous Iran uprisings. The considerable worldwide support today suggests that’s changing. Across the world, people are rallying in solidarity with Iran’s aspiration for a democratic, secular, and non-nuclear republic. The latter is coincidentally also outlined in a bipartisan resolution cosponsored by 257 House members, including 29 Texans.

Conversely, the regime’s repressive instincts are on display. This confrontation will not cease until Tehran’s rulers are held accountable for four decades of carnage, inequity, murder, and terrorism.

If the free world continues to dodge its responsibility, participants in the uprising acknowledge the risks in their collective chants of “We will fight, we will die, we will reclaim Iran.” Video from protests confirms on-the-street executions of protesters by repressive authorities. Western governments and relevant international bodies bear a moral obligation to clearly voice support for the Iranian people’s right to self-determination and democratic regime change.

Women are leading the revolution to bring down...

Despite Nuclear Talks, Iran Is Still Far from...

The ‘Butcher of Tehran’ is Terrified of Stepping...