The architects of the Obama administration’s self-described pro-Iran echo chamber have used the coronavirus outbreak to argue that U.S. sanctions are to blame for the virus’s aggressive spread across the Islamic Republic—a line the Iranian government is also peddling.

Former Obama officials and their allies have argued that the United States is depriving Iranian citizens of much-needed food and medical supplies by continuing to impose sanctions as the coronavirus has devastated the country. Trump administration officials say, however, that humanitarian channels have remained open to Iran since before the virus erupted.

Ben Rhodes, the Obama deputy national security adviser and creator of what he described as an echo chamber—media and think-tank support for the Obama administration’s efforts to ink the landmark nuclear accord—argued that the United States is committing a “moral abomination” by refusing to lift sanctions.

“It is a moral abomination that the United States is continuing to enforce sanctions on Iran while its people die because of a virus that threatens all humanity,” Rhodes wrote on Twitter.

These arguments were soon echoed by MSNBC host Chris Hayes who called the U.S. sanctions against Iran “sociopathic madness.”

“I understand there is so much pressing news and things we need to be doing right now, but refusing to relax sanctions against Iran right now is sociopathic madness,” Hayes wrote on Wednesday.

The Trump administration is aggressively pushing back against these claims, citing current sanctions exceptions for critical medication and humanitarian supplies. These channels have been open since before the coronavirus broke out and they continue to provide Tehran with the ability to counter the virus’s spread, these officials said.

Administration officials said that Iran and Russia are disseminating similar arguments in an effort to ratchet up pressure on the United States to lift the punishing sanctions that have been a centerpiece of the Trump administration’s effort to squeeze Iran.

“The United States has and continues to offer humanitarian assistance to the Iranian people for their response to the coronavirus outbreak,” a State Department official told the Washington Free Beacon. “It is unfortunate for the Iranian people that their government has rejected this offer to date. The media should know better than to believe Chinese and Russian propaganda that misleads the public into believing U.S. sanctions are to blame.”

Still, echo chamber allies continue to use the crisis as an opportunity to build momentum for sanctions relief that could grant Iran access to billions of dollars in frozen funds—money the regime has historically used to fund terrorism rather than aid its ailing citizenry.

“It’s hard to overstate what a disaster Trump’s Iran policy has been,” wrote Bernie Sanders adviser Matt Duss, who also played an instrumental role in promoting the Obama administration’s diplomacy with Tehran. “Isolating us from our closest allies, empowering adversaries, seen by the world as extraordinarily cruel and demonstrably counterproductive, and driven by Washington’s dumbest ideologues.”

The echo chamber’s rhetoric closely mirrors that of Iranian leaders: Iran’s foreign ministry in Russia alleged this week, for example, that U.S. sanctions have prevented medication and supplies from reaching Iran.

“By imposing its sanctions on Iran, the United States is preventing the delivery of the necessary medical equipment to patients infected with the coronavirus,” the Iranian mission in Russia said in a statement carried by Tehran’s state-controlled press.

“Such actions against Iran, in particular, by the U.S. government, are no longer a legal or economic issue,” Iran said. “Any person who prevents another country with a population of more than 80 million people from being able to purchase humanitarian goods, such as medicines and medical equipment, in the international market to combat the coronavirus violates international law.”

U.S. officials who spoke to the Free Beacon argued that Iran is using the coronavirus as an excuse to build support for sanctions relief.

“U.S. sanctions are not preventing aid from getting to Iran,” a State Department official told the Free Beacon. “The United States maintains broad authorizations that allow for the sale of food, agricultural commodities, medicine, and medical devices by U.S. persons or from the United States to Iran.”

Iran’s leadership has squandered the country’s resources for years and has spent billions on foreign interventionism as the country’s economy sputters, U.S. officials maintain.

“In July 2019,” for instance, “1 billion euros intended for medical supplies ‘disappeared’ and another $170 million allocated for medical goods were instead spent on tobacco,” the official said. “Since 2012, the regime has spent over $16 billion on terror abroad—the Iranian people know that any sanctions relief would go to sponsor terrorist, not humanitarian, activities.”

The Iranian leadership also failed to take precautionary measures as the coronavirus began to spread across the globe.

“Instead of halting flights to China when the risk of contagion was clear, the regime threatened and imprisoned Iranians who told the truth about the outbreak,” the official said. “The regime encouraged large public gatherings to try to bolster its legitimacy, with no regard for the health risk to Iranian citizens. Now, regime officials make false claims that the U.S. engineered the virus—focusing their time and resources attempting to deflect blame instead of taking responsibility and providing for the health, prosperity, and rights of the Iranian people. The Iranian people deserve far better.”

Iranian supreme leader Ali Khamenei is sitting on a private fortune totaling billions of dollars that he could be using to combat the coronavirus, according to experts. This includes a holding company with around $200 billion in assets, as well as a network of foundations estimated to hold $80 billion in funds, according to a recent accounting published by Mark Dubowitz and Saeed Ghasseminejad, Iran experts at the Foundation for Defense of Democracies.

Trump administration officials share this view, telling the Free Beacon that Khamenei is directly responsible for the vast number of citizens dying each day in Iran from the coronavirus.

“If regime officials were sincerely looking for resources to help the Iranian people, they could start by giving back some of the tens of billions of dollars they have stolen from the Iranian people,” a senior Trump administration official, speaking only on background about the matter, told the Free Beacon.

“Supreme Leader Khamenei runs a hedge fund worth billions and billions of dollars” and he should “give back what he stole from Iranian people and help them during this health crisis,” the official said.

Richard Goldberg, who served as a senior Iran adviser on Trump’s NSC, told the Free Beacon that now is not the time to lift sanctions on Iran.

“There is zero reason to consider wholesale sanctions relief at a time the regime continues to kill Americans in Iraq and hold Americans hostage in Iran,” Goldberg said. “Actually, now is the time to go all in on maximum pressure to push this regime to act like a normal nation or leave the stage in favor of a government that truly represents the people.” 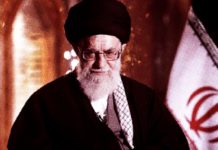 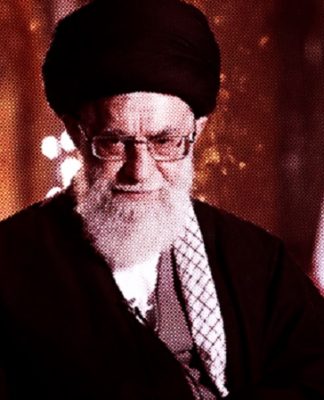